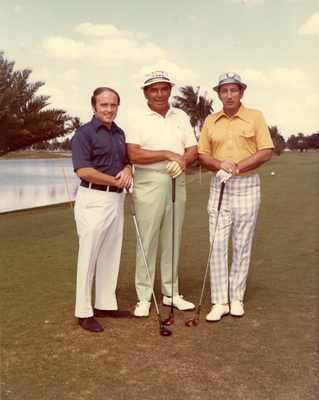 Charles Perry and two men holding their golf clubs next to a lake on a golf course.