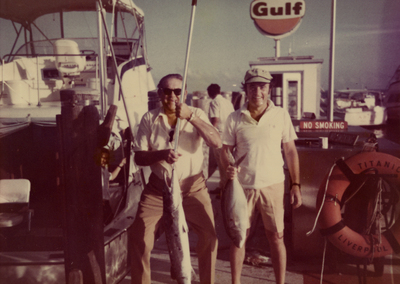 Gordon Sweet, Executive Secretary of the Southern Region of Accreditation Board, and President Charles E. Perry on fishing trip.

On verso: Gordon Sweet CEP w/ Gordon Sweet Exec. Sec. of southern Region Accreditation Board on one of the "official" visits to FIU.