Charles Perry at a Meeting 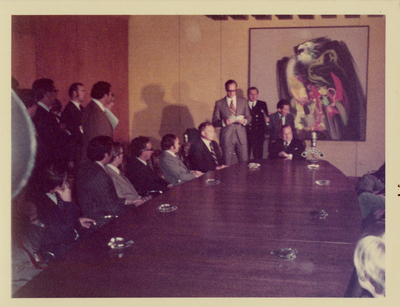 In the "People to be Identified" folder