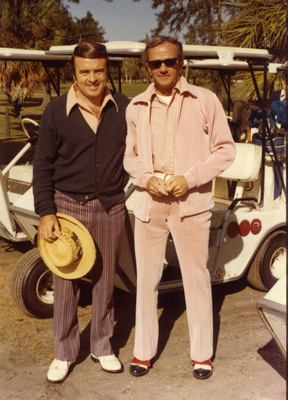 Charles Perry and man pose for picture in front of golf carts.

All rights held by source institution