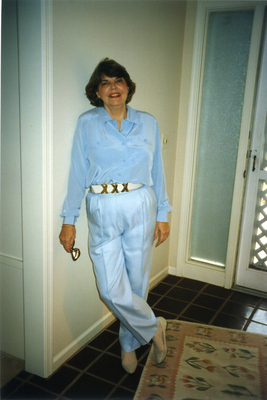 Betty Laird Perry was born Betty Laird in Ashland, Ohio. She attended Akron General Hospital School of Nursing, where she was the president of the Akron, Ohio TriCity Student Government Association. She received a 3 year diploma in nursing in 1960 and took her state board exams for licensure as an RN that same year. Ultimately, she became licensed in Ohio, Florida and Texas. She met Charles Perry in 1959 and the couple married on September 17, 1960, in Ashland, Ohio; the same week of her graduation. Betty began her nursing career at the Bowling Green State University campus Health Center while Charles worked on the Admissions staff. In 1974, Mrs. Perry received her BSN from Florida International University and in 1985 she earned a Master's Degree in Healthcare Policy and Planning from Georgia State University. Betty and Charles went on to start their own business , BC Golf, Ltd., in 1992. Betty was later recognized by Cambridge’s Who's Who for demonstrating dedication, leadership and excellence in business management. Betty’s passion for art is reflected in the Student Art Award at Florida International University which she and Charles Perry started in the 1970's. In 2010-2011, Betty made a generous donation to the Patricia & Phillip Frost Art Museum Building Fund at Florida International University where she has a gallery named in her honor that is dedicated to student, faculty, and alumni exhibitions.